I have been thinking a lot lately about how my own credo has changed over the 72+ years of my life.

As an oldest child growing up in a Baptist preacher's family, I learned all the lessons of my family's traditional faith embodied in the historic tales of the Old Testament and in the parables and undaunted courage of Jesus in the New Testament.  My parents believed these stories were literally true and for a long time I didn't think otherwise.

With college, even at Baptist-supported Linfield College, came new perspectives and ways of interpreting the old stories.  Out of respect for my parents, I didn't say much about these new ways of thinking, though I had extrapolated, from some of their messages to me about how to behave at college, that they were aware that my choices would now be my own, not subject to their parental norms.

Skipping over many decades now, as I've told those stories many times, I have arrived at a place where I must acknowledge that I am no longer a traditional Christian; I'm not sure I'm even a radical Christian any more because I see how ineffectual the shackles of Paulean Christianity have rendered my childhood (and adult) faith.  Too many non-Jesusian items in the creeds of Christianity have moved me out of that category forever.  I pick and choose among the recorded maxims of Jesus, as I have learned that they have been edited to reflect the values that some editor chose to highlight.  What did Jesus really say?  How can we possibly know?

My reading of books and essays about early Christianity has convinced me that Jesus was not the meek and mild person portrayed in Sunday School.  He was likely a member of the Zealot movement with a firm belief that revolution against Rome would bring about the Kingdom of God.  He died as a criminal who threatened Rome.  The idea that he died for humankind's sins is a conflation of old ideas about animal sacrifice and its appeal to the God(s).  He died because he stood up for an ideal and was willing to be martyred for that ideal.  He deliberately put himself in harm's way; Judas was a confederate in his martyrdom, knowingly or unknowingly.

My fascination with the mysterious and slowly revealed Universe has led me to an understanding of the Power beyond human power that is more like natural law than like a being who twiddles the marionette strings of humankind.  There can be no such being.  Natural law fulfills all the functions of that imaginary being and does so without prejudice; we are all subject to the whims of nature and cope as best we can, using gravity to strengthen our bodies and to make our inventions work, gazing at the heavens to look beyond what we know into what we don't know, treating one another with kindness because we have learned that kindness works.

And yet I pray.

I found this relic of a recent nighttime scribbling session in which I wrote:  "I have made friends with the universe.  I have always looked to connect with and befriend the most austere and sometimes unwelcoming beings I encounter, whether human or animal.  I am curious about whether I can find a way into their crusty interior.  This has had mixed success; sometimes that penchant for the unlovable has backfired and sometimes it has brought rewards.  I've learned not to trust too far, that there are red flags I must respect.  But it has been revelatory to apply this penchant to the merciless yet beautiful universe."

And I pray because the universe has proved to be a faithful and reliable yet mysterious friend, which sometimes lashes out---not because I am a bad person but because I have not recognized or prepared for the consequences of non-mindful living.

I pray as if I am in conversation with that friend, relating the events of my life, examining them for understanding of my own needs and obligations, saying thank you for the gifts of life, asking that I might find the strength within to cope with its challenges, and seeking to be a contributor to this life I've been given, to be useful, to be kind, to be a good person.  All of these resources I call upon are within me; they are not outside of me.  The universe, through natural law, shapes my externals; I have the capacity to shape the rest.
Posted by Lilylou at 8:50 AM 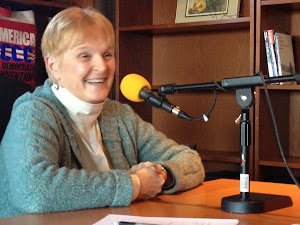 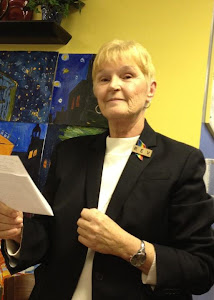 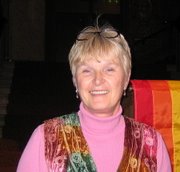